When We Were In Secondary School Buhari Was Our Headboy - Abdullahi, Coomassie

When We Were In Secondary School Buhari Was Our Headboy - Abdullahi, Coomassie 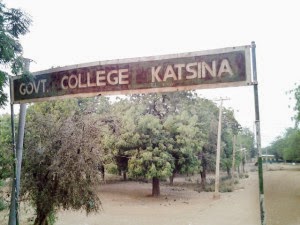 In an exclusive interview with LEADERSHIP in
Abuja, Umaru Abdullahi and Coomassie said
they and about five prominent Nigerians
attended the same school.
Coomasie said Buhari was the head boy and
loved to play football during their days in
school.

â€œWhile we were in school, Buhari was the
head boy. He loves playing football. We were
all close friends in school. After we finished
secondary school, General Buhari decided to
join the military, I joined the police and Justice
Abdullahi decided to go to the university.

I, the late Shehu Yarâ€™Adua, the late Halilu, a
Grand Khadi in Katsina, Senator Abdul Ali, a
Senator in the 2nd Republic and several other
attended the same schoolâ€
On his part, Justice Abdullahi described
Buhari as a brilliant student when they were
in school, saying he was Buhariâ€™s classmate
from primary to secondary school, saying:

â€œI, Buhari and some others had the best
results during our final examinations in
secondary school back then. He was a very
brilliant student in school, no doubt; we
attended the same school from primary to
secondary school.

Authorities of Government College, Katsina,
yesterday confirmed that General Buhari sat
and obtained the school leaving certificate and
released his result. The result showed that
Buhari got the following scores: