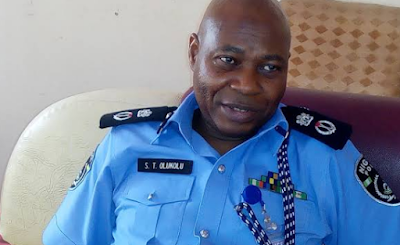 The suspect was paraded on Thursday in Ibadan at the police headquarters, Eleyele, Ibadan.

The Commissioner of Police in the state, Mr Shina Olukolu, said that the female kidnapper allegedly abducted the child in Olorunsogo area of Ibadan.


“She was intercepted and when interrogated, she informed the police that she was in the area to beg for alms when she sighted the girl who was later identified as Nimotallah Sulaimon unattended to and strolling away.

“She thereafter took her to the Muslim area of Ibadan where she resides.
“Sequel to this, her neighbours at the sight of Oluwatoyin with the girl, challenged her and inquired how she came about the child.

“She told lies that the girl belongs to her senior brother and his wife who had a conflict earlier that day and that was the reason she brought the girl to her house at Muslim Area of Ibadan.

“The community members, who did not believe her story, reported the incident to the Divisional Police Headquarters in Ogbere, and after preliminary investigation, it was discovered that the child was abducted,” he said.