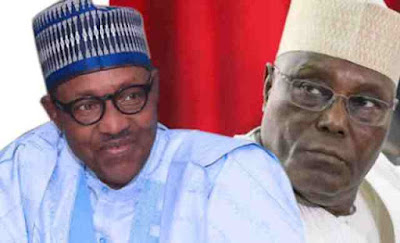 The All Progressives Congress has filed motions challenging sections of the September 11 presidential election tribunal judgement, and seeking the nullification of evidence proffered by the PDP and accepted by the tribunal.

In a cross appeal filed in an apparent reaction to the PDP’s earlier application before the Supreme Court Tuesday, the APC asked the apex court to disregard a number of evidence and witnesses noted for the PDP at the Court of Appeal.

Following the September 11 decision affirming the election of President Muhammadu Buhari, the PDP on Tuesday filed its request before the apex court challenging the decision.


The PDP and its presidential candidate, Atiku Abubakar, said the Court of Appeal panel that heard their petition erred in law when it ruled that President Buhari did not need to submit an actual certificate before INEC as part of documents in his CF001.

The PDP also said the presidential tribunal erred when it ruled that the PDP did not provide sufficient evidence to back its claim that Mr Buhari did not attend a secondary school among other issues.

But in a counter application filed on Tuesday, the APC asked the Supreme Court to reconsider the decision of the election tribunal to accept evidence proffered by the prosecution witness numbers 40, 59 and 60.

The witnesses whose appearances the APC is challenging are Mr Abubakar’s spokesperson, Segun Showunmi, whose appearance at the tribunal resulted in the PDP’s presentation of a video evidence containing statements made by a INEC official from Bayelsa, Mike Igini, who said that INEC had planned to transmit results to a central server.

The other two witnesses are the witness number 59 and 60: David Njorga was cited by the petitioners as a data expert, and Joseph Gbenga, described by the PDP as a data analyst.

The APC also wants the court to remove at least 42 paragraphs from the PDP’s documents.

The request made by the APC is similar to an initial request brought by the party challenging the PDP’s petition at the tribunal.

The APC application was brought by its lawyer, Lateef Fagbemi.

The Supreme Court is yet to fix a date for hearing of the appeals.

Mr Abubakar and the PDP seek the nullification of the February election won by President Muhammadu Buhari and the declaration of Mr Abubakar as president-elect.

The presidential election tribunal had earlier ruled in favour of Mr Buhari and the APC.