Dammy Krane Arraigned In Court Over Fight With MerryBet Company... Gets N50,000 Bail

Dammy Krane Arraigned In Court Over Fight With MerryBet Company... Gets N50,000 Bail 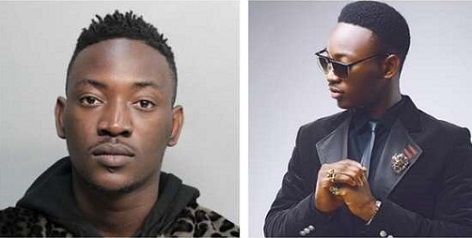 Dammy Krane whose real name is Johnson Oyindamola, was arraigned before an Igbosere Magistrates’ Court in Lagos by the police today September 16th on a three-count charge of threat to life, defamation and conduct likely to cause a breach of the peace.

Dammy was accused to have threatened to attack staff of betting company, MerryBet, verbally and online after a business deal between them went sour.

Police Prosecutor, Insp. J. I. Enang, told the court that the 27-year-old singer attended a betting competition organised by the betting company and went on rampage after he lost during the competition on July 29th at Cool FM in Lagos. The police prosecutor added that Dammy Krane went on to post a video on the internet accusing the sport betting company of owing him.

“The defendant, however demanded some money for appearing on the show, the firm disagreed, insisting that the sum was only for the winners. The musician subsequently breached a contractual agreement with the firm. He also conducted himself in a manner likely to cause breach of the peace by posting an audio and a video message on Cool FM 96.9,” Enang said.

Dammy Krane's lawyer, Adebayo Oniyelu, thereafter asked the court to grant him bail with a promise that as a public figure, Dammy Krane will not jump bail.

“We humbly apply for the bail of the defendant. Section 35 (5) states that an accused person is presumed innocent until proven guilty. He is a popular musician, if granted bail, he will not jump bail, meanwhile he has been in police custody since Sept. 13,” Oniyelu told the court

The Magistrate, Mrs Folashade Botoku, granted the singer bail in the sum of N50, 000 with one surety in like sum.

The case was adjourned till October 11th for mention.