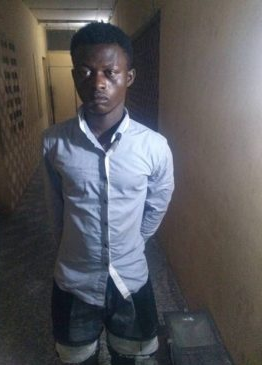 A statement from Police spokesman, Lagos state Command, DSP Bala Elkana, on Sunday said  a suspect has been arrested for raping and impregnating a 13 year-old girl.

“The survivor became pregnant as a result of the defilement and gave birth to a baby girl about five weeks ago. The suspect had earlier on threatened to kill the survivor if she tells anybody, the survivor summoned courage to narrate her ordeal to her family when the same suspect threatened to r-pe her younger sister.

“One of the suspects Dayo M. Maker, was arrested by detectives from the Family Support Unit, Bariga while his accomplice, Mr Kazeem Bello, is at large,” he said.

He added that investigation is ongoing and efforts are ongoing to apprehend the second suspect.