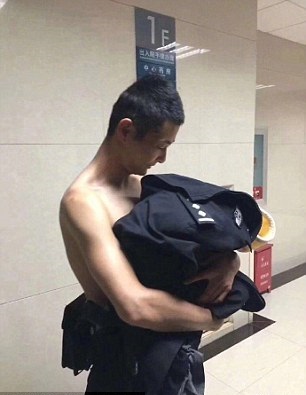 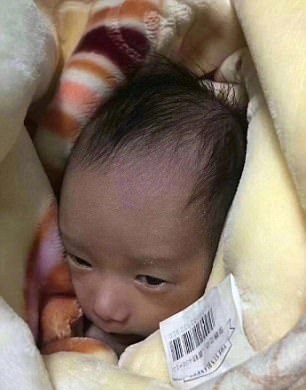 A policeman in China has been hailed as a hero after using his own clothes to keep an abandoned baby warm.

The newborn, a boy, had been left abandoned in a park in Chuxiong, Yunnan, Province, on a freezing winter night.

After finding the infant, policeman Wu Yu immediately took off his uniform and jumper before wrapping them around the baby.

Wu then took the baby to the hospital - despite the fact that he was topless while walking in the cold weather.


The baby was found by passersby in Chuxiong's Futa Park last night, and police were immediately informed, according to local news site Yunnan.cn, citing Yunnan Police.

The temperature was as low as zero degrees Celsius in the city yesterday.

Wu and his colleagues were dispatched to the scene. The boy was said to be lying in the bush crying when the officers arrived.

He was said to be so cold that his lips had turned purple and his body couldn't stop shivering. The report also said the baby had kicked off a piece of clothing wrapped around him.

Upon seeing the scene, Wu took off his uniform and jumper without hesitation before wrapping them around the newborn. He tried to warm up the boy by hugging him in his arms.

A topless Wu then carried the baby to the police car which took the pair to the hospital.

After initial assessment, the police believed that the child had been abandoned by his parents.

The baby is being treated in the hospital as of writing.

The Chuxiong Public Security Bureau is looking for the baby's parents.