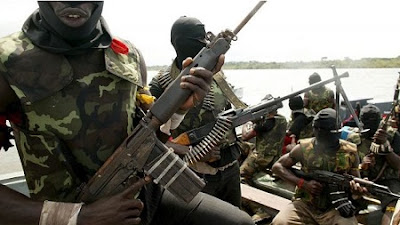 It was gathered that Masa was killed in his house in Yenagoa, the state capital, on Sunday morning at about 6.30am in the presence of his wife.

It was learnt that a family member opened the door for the gunmen unknown to him that they were hoodlums on an evil mission.

A source, who spoke in confidence, said when they entered the living room, the assailants exchanged hot words with their victim and later shot him.


“They didn’t take anything from the house. A family member opened the door for them. When the victim came out and saw them in the living room, there was an argument and the hoodlums shot him. They took nothing. Immediately they killed him, they fled the house”, he said.

It was gathered that Masa was immediately rushed to the Federal Medical Centre (FMC), Yenagoa, where he died on Monday evening.