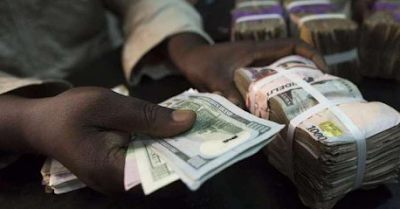 A judge of the Lagos Division of the Federal High Court, Rilwan Aikawa, has ordered a Congo-based businessman to forfeit $700,000 out of the $1.9 million he allegedly laundered to the Federal Government.

Paulinus Ani, who initially claimed to be a Congolese, entered into a plea bargain arrangement with the Economic and Financial Crimes Commission (EFCC) after the anti-graft agency charged him with money laundering.

The judge had on October 25, ordered Mr. Ani’s arrest for refusing to appear in court after the EFCC filed a two count-charge marked, FHC/L/161c/2014, against the businessman over his failure to declare the sum of $1, 909,140, which he allegedly laundered from the Republic of Congo to the men of the Nigerian Customs Service.


However, at the resumed hearing of the matter on Wednesday, the accused person owned up to the alleged offence after entering into a plea bargain agreement with the EFCC.

Reviewing the fact of the case after Mr. Ani’s guilty plea, EFCC’s lawyer, Rotimi Oyedepo, said the defendant was handed over to the commission following his arrest on February 23, 2014, with $1, 909,140 at the Murtala Muhammed International Airport by men of the Nigeria Customs Service.

He said the defendant disclosed in his statement that the money was given to him by one Ikechukwu Frank for delivery to one Jude Okoye.

The lawyer added that the businessman was arrested by men of the NCS while attempting to deliver the money without going through any financial institution.

Mr. Oyedepo also displayed a letter from the Central Bank of Nigeria (CBN) showing that the money is in its custody. He also revealed that the Commission had signed a plea bargain agreement dated December 4, 2017, with the accused person.

He subsequently urged the court to convict the defendant in view of his plea and overwhelming evidence against him.

Sentencing the accused person, the judge ordered that the businessman should forfeit $700, 000 to the Federal Government out of the seized money.