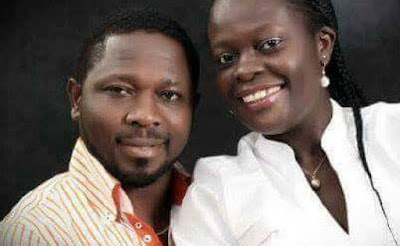 The private prosecutor in the case of murder instituted against a female lawyer, Yewande Oyediran, says the decision to appeal the seven-year sentence handed the convict rests with the Oyo State Government.

The private prosecutor, Mr Sanya Akinyele, however, said on Tuesday that he was satisfied with the judgment.

“I have written my interim report to the state Attorney-General and Commissioner for Justice and it is for him to take action on whether to appeal or not to appeal,’’ he said.


Justice Munta Abimbola of an Oyo State High Court sitting in Ibadan on Nov. 27 sentenced Oyediran to seven years imprisonment for manslaughter and not murder as charged.

Oyediran, a staff of the Directorate of Public Prosecution in the Oyo State Ministry of Justice, had stabbed her husband, Lowo, to death on February 2, 2016 at Akobo area of Ibadan.

Abimbola, who is also the Chief Judge of the state, said that while the prosecution proved that the defendant caused the death of the deceased, it failed to prove it was done intentionally.

He also ordered that the seven years imprisonment should commence from Feb. 2, 2016, when she was arrested.

The judge had said that the evidence before the court had proved that the convict and her late husband had frequently engaged in domestic violence.

He also adjudged the evidence of the couple’s landlord and wife as credible.

The landlord and his wife had told the court that they saw the convict on the day of the incident holding a knife while the deceased was in a pool of blood.

Abimbola also said he took into consideration the autopsy report of Prof. Abideen Oluwashola, a consultant at the University College Hospital, Ibadan.

“According to the autopsy report, the deceased died as a result of shock from a deep wound caused by a sharp object,’’ Abimbola said.

The court also said that the evidence of the convict could not be relied upon as her statement with the police was different from the one before the court.

The convict was arraigned on a lone charge of murder, contrary to Section 316 and punishable under Section 319 of the Criminal Code of Oyo State, 2000.