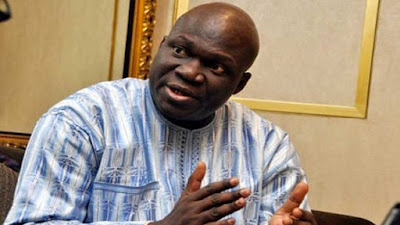 He titled it Libya: “No brother in the jungle” ENJOY!

Arab countries have a tradition of slavery dating back to centuries. This has persisted despite the existence of international conventions and legal frameworks classifying slavery as a crime against humanity. The current situation in Libya, involving slavery and human trafficking, has been brought to global attention because we now live in the age of communication where nothing good or bad can be hidden forever.  But the situation is far worse than has been depicted.  The Nigerians who have been brought back from Libya have told heart-rending stories of woe and misery:  how they were sold into slavery by the Arabs and by their own Nigerian brothers and sisters, how they were subjected to all forms of indignity including rape, extortion, and torture, and how living in Libya is now the equivalent of a trip to hell.  Quite a number of issues deserve closer interrogation to enable us appreciate the depth of this crisis.


The Libyan story today is a sorry advertisement for the abuse of NATO and the failure of the American foreign policy process. The multinational coalition that intervened in the Libyan civil war in 2011 and made the removal of Libyan strongman Muammar Ghadaffi its primary objective must by now be full of regrets. It is instructive that former US President Barack Obama has described the failure to think through the consequences of that intervention as the “worst mistake” of his Presidency. The character of that mistake lies in the fact that NATO and other forces despite the division among the global powers on the question of Libya, saw the internal crisis in Libya as an opportunity to deal with a man who had been labeled at various times as the “mad dog of the Middle East”, and who was gradually expressing “imperialist ambitions” – “the king of kings of Africa” with a pan-African vision. NATO’s intervention was an act of vendetta, an orchestrated punishment for a man who had been declared guilty of dictatorship. It was most convenient for the multinational coalition, with its eyes fixed on Libya’s oil, to support the rebels. The result is the mayhem that has overtaken Libya since the fall of Ghadaffi.

Under Ghadaffi’s watch, Libya was a stable, organized society.  Following the bloodless coup that led to the flight into exile of King Idris 1 in 1969, the new leader, Muammar Ghadaffi, not only abolished the monarchy, he embarked on a mission of unifying the various clans under the umbrella of Libyan nationalism. He seized control of the country’s oil infrastructure from Western interests and redistributed wealth by creating a welfare system. The average Libyan had access to free housing, free medical care, and free education. The government provided infrastructure, and although Ghadaffi soon became a practical dictator, he managed to grow a sense of Libyan identity and unity.

Seeing himself as a pan-Africanist, he encouraged closer relations with other African nations. Many Africans from Egypt, Sudan, Nigeria and other African countries lived and worked in Libya, even if many of them took the menial jobs that an average Libyan would not touch – at that time. The country’s foreign reserve was about $200 billion. Its life expectancy and literacy rates were among the highest in Africa and the Arab world. The average Libyan enjoyed many opportunities except the freedom to be different or query the government and the Constitution. Those who removed and killed Ghadaffi didn’t realize how much of a potentially divided country Libya was, and the extent of Ghadaffi’s efforts in managing the centrifugal tendencies.

After Ghadaffi, Libya imploded. Anything is possible in Libya today because there is no responsible government in charge. People are resorting to self-help. Anybody that is armed exercises authority and does anything to make money. The welfare state has collapsed, criminality is widespread: kidnapping, slavery, violence, the economy is in shambles. Clannish and sectarian differences now predominate. The country is drifting. Most of the people are like prisoners, including those who are gainfully employed. In the absence of a government, the international community appears helpless. This is the setting for the chaos and the humanitarian crisis that has overtaken that country.

Libya remains nonetheless, a major transit point and exit route for many Africans seeking to escape illegally into Europe.  Libya, a country whose land area is almost twice the size of Nigeria, has over 2,000 kilometres of Mediterranean coastline from the Egyptian border to the Tunisian border. Frustrated by the objective conditions in their own countries, in the form of crippling poverty, misgovernance, unemployment and the difficulty of getting a visa or being able to buy a ticket to Europe, many Africans, particularly West Africans opt for the cheaper, albeit illegal option of sneaking into Europe through the desert and across the Mediterranean sea, with Libya and Algeria as the most popular exit points. This has always been a risky venture, but the traffic continues to grow. It is also an organized criminal operation involving gangs at home, and along the route. Nigerians constitute the majority of these illegal migrants.

Organized by a criminal gang at home, they usually travel through Niger, which is a contiguous, ECOWAS country. In Niger, another gang of human traffickers, mostly Touaregs take over from their Nigerian partners to take the illegal migrants across the desert to Libya. Only about 60-70% eventually make it to Libya. Many die along the way because of the harsh desert conditions and they are buried in the sand. Those who eventually make it to Libya are not necessarily lucky.  They may be kidnapped at the border by rampaging Arab militants, turned into slaves, and asked to contact their families back home to pay ransom.  The men are beaten; the women are raped.  The images that we have seen from Libyan slave camps are sad. Arab racism has been an issue and violence towards foreigners is not necessarily new in Libya, but it is getting worse because now the issue is not strictly racism but the people’s desperation for survival in a state that failed.

It is estimated that about 500, 000 – 700, 000 Nigerians are trapped in Libya. The Obasanjo government once had to repatriate over 17, 000 Nigerians from that country. In the light of recent developments, the Buhari government has also repatriated over 1, 000 Nigerians from Libya in 2017 alone, but there is no hope that all of them can be brought back home.  Many will like to return home, but they don’t even have the means to transport themselves to the evacuation points. Those that are not enslaved are still hoping to make enough money to be able to cross to Europe. They wash cars, work as farm hands or as security guards, or prostitutes, and they get exposed to all the dangers imaginable.  The few who manage to make the final journey to Europe are not always lucky either: they could perish in the sea like the 26 Nigerian girls who recently drowned while trying to cross into Italy.

The saddest part of it all is that Nigerians are also involved in the trafficking and dehumanization of their own compatriots. In a shocking account by one Sunday Anyaegbunam, a Libyan returnee, who left Nigeria in April 2017, with his wife, we are told that: “The Nigerians selling people in Libya are more wicked than many of the Arabs. I have never seen people so heartless as the Nigerians who bought and sold me. There are many of them in Agadez and Sabha, who are making so much money from selling their own people. But there are other West Africans doing the business too. When you approach them and say “please, my brother, help me”. They would tell you: “No brother in the jungle”.  Libya is indeed now a jungle in the hands of armed militants, the Islamic State, tribal gangs, and an interim leadership authority. The jungle is a dangerous place: which is why it is surprising that more Nigerians would prefer to abandon their own country and go to the jungle.

About 70% of the Libyan returnees are reportedly from Edo State, and in general most of them  are from Edo, Delta, Imo, Anambra and Rivers states. But this is not enough reason for this problem to be treated as Southern Nigerian or Christian. This should not be about North or South, or Christian vs Muslim. It is unacceptable for every Nigerian issue to be reduced to this kind of division, the same way some Nigerians tend to dismiss Boko Haram as a Northern problem. This is a crisis that affects all of us. It is embarrassing that Nigerians are deserting their own country and flocking to Europe in droves despite the risks of illegal migration. In the 70s, many Nigerians were proud and happy to live at home, but since the introduction of austerity measures in the 80s and the gradual collapse of the Nigerian economy, a new kind of economy has since developed around dangerous choices.

The consequences are not limited to the tales from Libya. There are Nigerians in jail or on the death row across the world, in China, Thailand and the Middle East. We need to have a strong policy in place to check illegal migration. Massive enlightenment campaigns should be organized to educate the populace about the associated dangers. There is an assignment here for the National Orientation Agency (NOA), a strategic agency, which has been relatively sleepy since 2015.  Our youths should be told that there is no safe route to Europe through the desert or a boat ride.

Everybody should wake up – government, civil society, and all the people who have abdicated their responsibilities at the level of the family unit.  The human trafficking gangs in the country especially in the identified major centres should be tracked, identified and sanctioned.  Government should create a conducive environment for our youths to make a living at home.  Government has a constitutional responsibility to empower all Nigerians and to guarantee their security and welfare.  Nigeria should also engage the government of Niger. What can we do to prevent illegal migration through Niger? This has to be a joint responsibility between Nigeria and Niger. Although Chad is not in ECOWAS, quite a number of Nigerians also travel through that route. Joint border patrol and exchange of useful intelligence between Nigeria and her neighbors would be advisable.

The Federal Government of Nigeria and its agencies, the National Agency for the Prohibition of Trafficking in Persons (NAPTIP) and the National Emergency Management Agency (NEMA), the Ministry of Foreign Affairs, the Edo State Government and the International Organization on Migration, CNN, Pastor Temitope Joshua’s The Synagogue, Church of All Nations (SCOAN) and every other group or agency that has responded decently and responsibly to the plight of the Nigerians from Libya, and the evil of slavery in Libya, deserve to be commended. In spite of the deviousness of a minority who earn a living by dehumanizing their fellow human beings, it is enheartening to see that warm blood still flows in the heart of mankind. The Edo State government has put in place perhaps the most comprehensive rehabilitation programme for the Libya returnees: counseling, accommodation, vocational training, and take off grants after training.

These are worthy steps, but they are at best short-term. The long-term measures for all governments should be good governance, public enlightenment and concerted international action against slavery and all forms of cruelty and inhumanity.