Photos: Man Arrested After Being Caught Begging For Petrol Money In A Ferrari

Photos: Man Arrested After Being Caught Begging For Petrol Money In A Ferrari 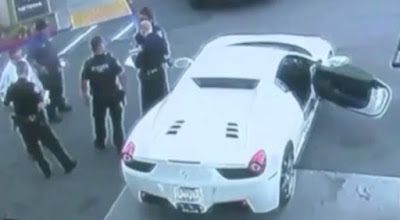 A suspected Ferrari thief was arrested after he was found begging for money to buy petrol, police said.

Israel Perez Rangel denies stealing the $300,000 car, despite allegedly not knowing how to fill the vehicle up.

Police in Santa Ana arrested the 38-year-old after spotting him begging for money to put petrol in the 458 Spider.

Officers noticed the supercar was trashed, with cracked fins, a destroyed gearbox, emblems torn from the engine and body and missing paddle shifters.


The car was stolen two weeks earlier from the Ferrari & Maserati of Newport Beach service centre in Costa Mesa after a worker left the key on a passenger seat, authorities said.

CCTV footage showed a man dressed in a Ferrari jacket walking onto the car park and taking the vehicle.

Police were alerted to reports of a Ferrari driving erratically and stopped at a junction.
Officers also received a call about the driver asking for petrol money, Santa Ana police Cpl. Anthony Bertagna said.

Rangel allegedly fled when police arrived but was later found and arrested behind bushes near a Holiday Inn, police said. 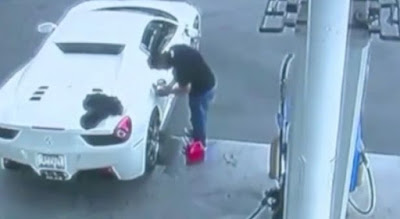 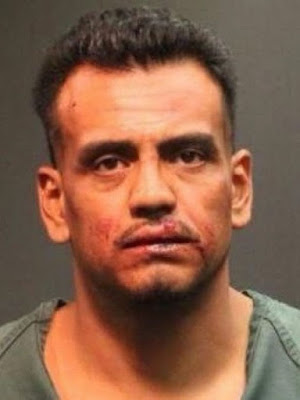