Help! Our Step Mother Is Holding Our Sick Father Hostage – Children Of Septuagenarian

Help! Our Step Mother Is Holding Our Sick Father Hostage – Children Of Septuagenarian 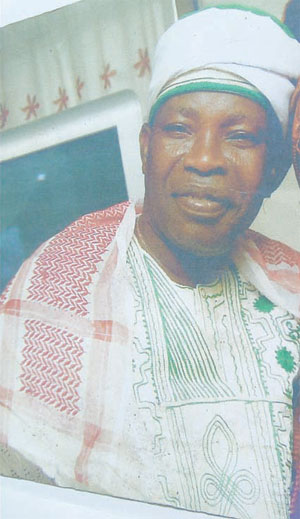 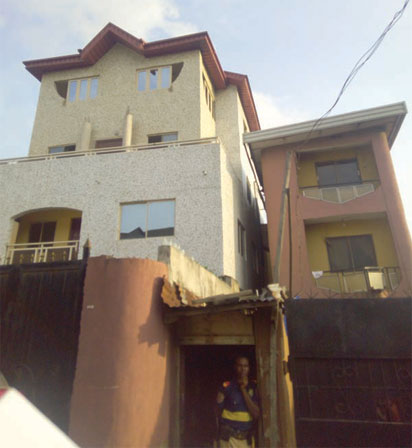 A major family crisis was, yesterday, averted by the police in Lagos after the biological children of ailing septuagenarian, Alhaji Shanshudeen Labinjo, made attempts to take him to hospital for treatment but their step mother resisted by locking all exit and entry points to their residence.

The lingering family crisis which reported led to a face off at their Number 18, Bashua Street in Somolu area of the state, yesterday, resulted in both the step mother, children of the septuagenarian and his relatives attacking each other openly.

When all efforts by the children to take their ailing father to hospital were allegedly rebuffed by their step mother who reportedly placed their residence under lock and key, they had to invite the police at Alade division to help them gain access to the house.


Vanguard learned that when they stormed their father’s residence, a guard at the gate stopped them from gaining access to the building claiming that nobody was inside.

The visibly rattled children of the old man who suspected foul play however, insisted on gaining access but the guard persisted. It was gathered that Policemen that accompanied them to the house also advised against forceful entry into the house.

Speaking with Vanguard, one of the sons to the old man, Okiki Labinjo alleged that the whole ugly development was masterminded by their step mother whom he claimed has been holding their sick father hostage without reasons.

He said: “My father has been sick for a while now. Each time we made attempt to take him to the hospital, his wife, Funke, would not allow us.

Each time we come to the house, we can’t go beyond the gates let alone see our father. “For months now, none of his children or extended family has been allowed to see him. He has loss of memory. Because of his health issues, there was a time my father wanted to jump from the second floor of the building.

She would bring thugs and policemen from anti-robbery squad to harass and threaten us. They went ahead and arrested my elder brother, Lukmon who was fighting to take our father to the hospital. “Right now, all we want is to have access to our father so that we can, at least, take him to the hospital so that he can have access to proper medical care,” he added.

Lamenting, Engineer Kamal Labinjo, the immediate younger brother to ailing Alhaji Labinjo revealed that “we have made arrangement several times to take my brother to the hospital but, his wife has refused any member of the family to see him let alone take him to the hospital.”How can she deny his children and family access to see him even while he is sick? This is so unfair.

“For goodness sake, she doesn’t have a child for my bother. When she moved in to live with my brother, she came with three children she had from her previous marriage who my brother trained. We don’t understand why she is refusing him medical attention after all he has done for her and her children.

Can you imagine that it is one of her sons from her previous marriage that is controlling my father’s estates and properties located in different places in Lagos, while his biological children are left with nothing. “She is using the police force to threaten and harass any family member that comes looking for Alhaji.

Even his friends from the central mosque where he worships are forbidden to see him. The police at Alagbon have been compromised, anytime there is an arrangement to take Alhaji to the hospital At a point we had to write a petition to Police Service Commission,PSC, and to the Deputy Inspector-General of Police in Abuja after his Muslim brothers pleaded that we should intervene.”

Questioning the motive behind refusing Alhaji Labinjo access to adequate healthcare, the Convener of Jashable Touch, a Non-Governmental Organisation, NGO, Mrs Favour Benson said that it was unjustifiable for a sick person to be locked up. “Why should a sick person be locked up inside the house and not taken to the hospital? How on earth do you prevent the children and relatives of a sick person from having access to him?”