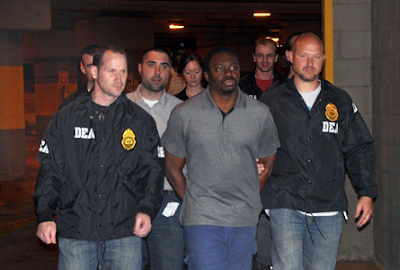 A former hip-hop and rap promoter known as Jimmy Henchman has been found guilty in New York of ordering the killing of a friend of rapper 50 Cent.

A federal jury convicted James Rosemond on murder-for-hire charges. Rosemond was accused of hiring a crew to kill an associate of the rap group G-Unit as payback for an assault on Rosemond’s son.

It was Rosemond’s third trial in the case. The first ended in a hung jury. Rosemond was convicted in the second, but a new trial was ordered. Rosemond already was serving two life sentences for separate drug and gun convictions.


Rosemond’s lawyer claimed witnesses were only trying to reduce their own jail sentences.