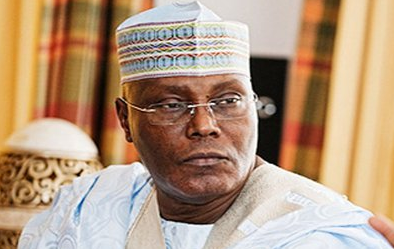 Peoples Democratic Party (PDP) governors are split over the expected defection of ex-Vice-President Atiku Abubakar to the party and his bid for the presidential ticket.

There were indications that some of the governors might oppose former President Goodluck Jonathan’s plan to back Atiku as the party’s presidential candidate.

They claim not to have been consulted by Jonathan.

Atiku has continued his  consultations prior to his return and registration as a PDP member in Jada 1 Ward, Adamawa State.

The Adamawa chapter of the APC yesterday confirmed the receipt of Atiku’s resignation letter.

“Our meeting with him has been fruitful and from his body language, he will soon return to PDP,” Prambe said.

“With Atiku, the party will carry more weight and more people will also troop in,” he said.

It was learnt that Atiku might meet Governors Ibrahim Dankwambo (Gombe) and Ishaku Darius (Taraba) in Abuja this week on his plans to return to the PDP and seek their cooperation.

Although he was silent on when he would rejoin the PDP, there were speculations that he might re-register in  Jada 1 Ward of PDP on December 6.