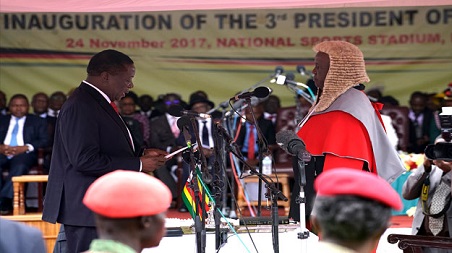 Emmerson Mnangagwa has been sworn in as Zimbabwe's new leader, following Robert Mugabe's resignation this week after nearly four decades of rule.

Mnangagwa, the country's former vice president, swore an oath of office to serve as interim president until a leader is elected at the polls next year. He is expected to contest the election as well.

"I, Emmerson Dambudzo Mnangagwa, swear that as president of the republic of Zimbabwe I will be faithful to Zimbabwe and obey, uphold and defend the constitution and all other laws of Zimbabwe," he said. 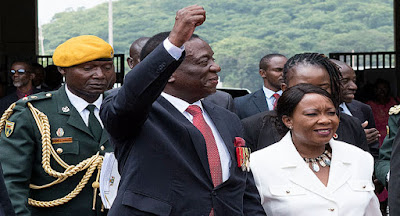