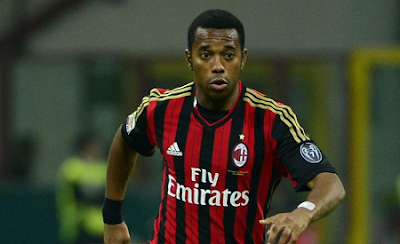 A court in Milan has sentenced Brazil international Robinho to nine years in prison for a group sexual assault, according to Italian state news agency ANSA.

The former AC Milan and Manchester City forward has been convicted of being one of six people involved in the assault of a 22-year-old woman at a Milanese nightclub on January 22, 2013.

Robinho played for Milan between 2010 and 2015. He is currently with Atletico Mineiro and made his last appearance for the national team against Colombia in January.


Robinho's current club, Atletico Mineiro, declined to comment on the sentence, stating they would only speak through the team's lawyers if necessary.

The star, meanwhile, issued a statement on Instagram denying his involvement.

"With regards to the news involving the forward Robinho, regarding something that happened some years ago, we would like to clarify that he has already defended himself against the allegation, affirming that he was not involved in the incident," the statement read.

"Every legal measure is being taken about this first ruling."