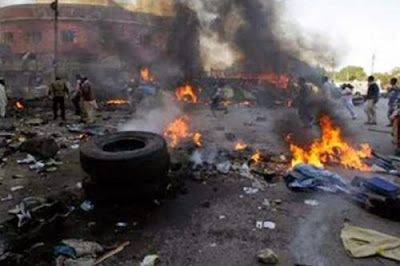 A suicide attack by a teenage boy after early morning prayers at a Mosque has claimed the lives of at least 30 persons in Mubi, Adamawa State.

According to the Adamawa State Police Command,  the suicide attack occurred around 5:20am local time, at Kunu Araha, a suburb in Mubi North.

It was allegedly triggered by a yet to be identified teenage boy who set off the suicide vest he was wearing.