Sex For Roles: I’m Too Old To Respond To Ladies Looking For Fame, Yemi Solade Explodes

Sex For Roles: I’m Too Old To Respond To Ladies Looking For Fame, Yemi Solade Explodes 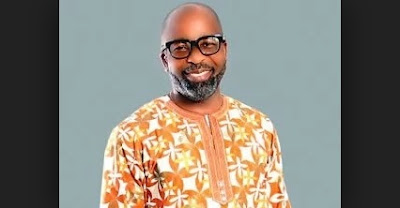 Some days ago, a lady became an Internet sensation of sorts when she called out actor and producer,  Yomi Fabiyi, for allegedly asking her to have sex with him for her to be featured in a movie. And while the heat was still on, another lady came out on Instagram to accuse Yemi Solade of also wanting to have sex with her for a role.

The lady, Lawal Dolapo, alleged that Solade asked her to come to a guest house when she reached out to him for a movie role.

She wrote, “Years ago, when the drive to become an actor was high, I believed in myself so much.  I was going to auditions, getting calls and anytime I was called on set, something about school would set in. I saw this man’s page, I mean the almighty @yemi_solade and I noticed he had his BBM pin on his profile. As a hustling girl, I sent him a request, he accepted. It felt like heaven on earth, I felt like my prayers were about to be answered.


“I sent him accolades first, you know! Next thing I said, sir, I would like to be featured in movies. He said it was not a problem, I should meet him up somewhere in Ajah.

“Checking the address, it was a guest house. I said, ‘sir, you are like my father’ (I was about 20 years old then). Uncle said and I quote, ‘I know my children, and you are not one. If you want a role, then come’.”

When Sunday Scoop reached out to Solade, he said he didn’t see all she said as an issue and was not ready to take it seriously.

According to him, only producers give out movie roles and he is not a producer; so, there is nothing to react to.

He stated, “This is not an issue for me. Do you know me as a producer that gives out jobs to actors? Are you the CEO of your company? If they want to employ, are you the one to employ new staff members? It is the owner of the company or MD that employs. So, it is the producer that approaches actors for roles, not a fellow actor.”

He insisted that most young girls were just lazy people, looking for unnecessary attention and fame, and since they knew that Forumgers and journalists were always after controversies, they could put out anything.

Solade added, “Instead of these young girls to work hard, they are looking for an easy road to fame by cooking up all sorts of stories. Before you became a practising journalist, what did you do? Didn’t you study journalism? I am also sure you’ve worked hard before you got to where you are today. My advice to all these girls is that they should go to proper schools and get trained to become professionals. They should not cut corners. If you are good at your job, producers will hire you for roles. They should stop thinking that their body or beauty will get the roles for them. I am not bothered about it and I don’t even want to talk about it.

“I decided to be silent because it is not an issue to me. If I am a movie producer, it is a different thing. I don’t produce movies. I did not react to it because of my age. I kept silent because I believe that at my age, I should not be involved in issues like this.”