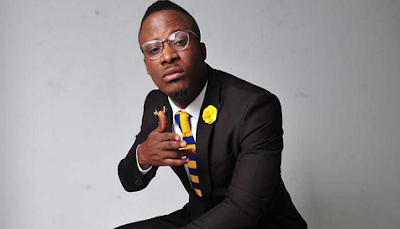 Singer Jaywon has said though the title of his Joromi song can be linked to Sir Victor Uwaifo, the body and beat can't be linked to him, but he will for the sake of respect he has for him credit the song to him. Jaywon says he is also a victim of intellectual theft, saying Dammy Krane, Small Doctor and few other artistes have not only stolen the titles of his songs,they have also taken without permission some of his real songs. Recall the veteran musician came out to accuse two singers, Jaywon and Simi, of pirating his song without his permission. Well here's what Jaywon told Saturday Beats;

“There is no way I can talk about my hit song, Joromi, without talking about Sir Victor Uwaifo, who we all grew up listening to his music. The whole idea of the song is different from Sir Victor Uwaifo’s but the title reminds anyone of his song. I cannot take away the fact that his song inspired mine. I felt that I should tap into the current beat making rounds in Africa with the song. My song is a love song and I also saw it as an opportunity to promote my artiste, Twist da Fireman, who was also on the song. He added a different sound to the song. I am happy everyone loves the song. I keep working because it is difficult to know the song people would love, so I keep working till I get it right.


“The truth is that I actually wanted to write an official letter to Sir Victor Uwaifo about the issue but when I asked around, I was told that he was not in Lagos. It was just the title and they are not even pronounced the same way. I know what it means to tap into someone’s intellectual property. I would not be that stupid to take someone’s intellectual property without proper authorisation from the owner of the song. A lot of people do it but I cannot do such. The instrument I used in my song sounds nothing like what Sir Victor Uwaifo used in his.”

The singer seized the opportunity to apologise to Sir Victor Uwaifo, whom he said he regarded as a father asking him to understand. He mentioned that there were some artistes who had remixed his work without his permission but he chose to look the other way.

“The truth is that I am sorry if he feels that I used his song without his permission. He is our father and I cannot disrespect him. I would be so silly to think of disrespecting someone like Sir Victor Uwaifo, who has been inspiring us since we were kids. In all the interviews that I had granted, I had given him credit for the song but we are talking about the title of the song and not its content. Small Doctor just released a song titled ‘This Year’, am I going to fight him because of the title of the song? Dammy Krane released a song titled ‘Amin’ which is a different version of my song, ‘This Year; Tim Godfrey released a song titled, ‘This Year’, which is like a proper remix of my song. Dammy Krane and Tim Godfrey took about 60 per cent of my song to make theirs. In my own case, we are talking about the title of the song alone, in fact, the titles do not sound the same when you pronounce them. But like I said, I still have to give props to people that deserve it and there is no way I would talk about Joromi without remembering Sir Victor Uwaifo. The reason I did not give due credit to him is that the songs are not the same, they just have similar titles,” he said.