Same-Sex Marriage To Be Legalized In Australia

Same-Sex Marriage To Be Legalized In Australia 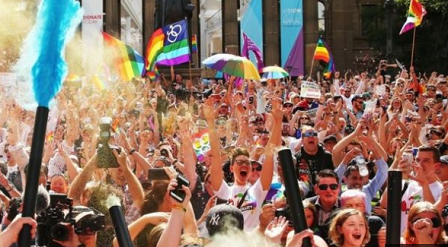 Australians have overwhelmingly voted in favour of legalising same-sex marriage in a historic poll.

Jubilant supporters have been celebrating in public spaces, waving rainbow flags and singing and dancing.

A bill to change the law was introduced into the Senate late on Wednesday. It will now be debated for amendments.


Prime Minister Malcolm Turnbull said his government would aim to pass legislation in parliament by Christmas.

"[Australians] have spoken in their millions and they have voted overwhelmingly yes for marriage equality," Mr Turnbull said after the result was announced.