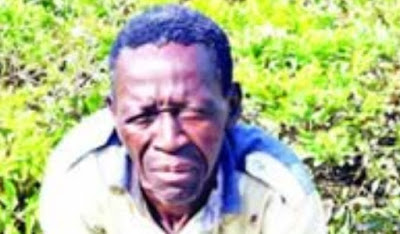 Kalu was said to have had regular sexual intercourse with children aged 12 to 15 before his arrest.

Northern City News gathered that the father of three, who allegedly abandoned his family, hailed from Ohafia, Abia State and lived in Minna.

Kalu told Punch correspondent that he had been engaging in the act for over two years. He denied engaging in sodomy for ritual purposes, saying it was only for pleasure as he enjoyed doing the act with young boys.


Kalu said, “I was doing it for pleasure. I started having the urge to sleep with little boys in my late 50s and now it has ruined my entire life.

“I have rubbished my life and my reputation, I can’t even start to talk about this or how I started it in the first place.

“It is evil. I pray that my children and my community will forgive me. I have been into this heinous act before I was apprehended by a team of police operatives in Minna. “

Kalu blamed himself for the act, saying, “I don’t deserve mercy at all, let the law take its course; I am stupid, honestly.”

He added, “I don’t know what came over me; each time I see small boys, I would be tempted to have sexual intercourse with them. I don’t know whether it is a curse placed on me. I usually entice my victims with money.”

She said that the suspect lured the victim from Abuja to Minna under the guise that he would secure a job for him.

The PPRO added that the suspect would be charged to court after investigation.