Angelina Jolie Claims Weinstein Put The Moves On Her In 1998

Angelina Jolie Claims Weinstein Put The Moves On Her In 1998 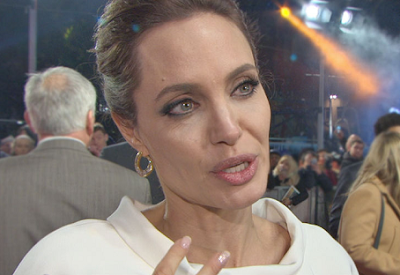 Oh dear! Angelina Jolie has claimed she was also sexually harassed by Harvey Weinstein, TMZ reports according to sources.

Their sources say Jolie claims in 1998, when she was doing a junket for Weinstein's movie, "Playing by Heart," she was in a hotel room and he made "an unwanted advance" toward her. She says she was taken aback and declined the advance and he backed off.

The movie was made while Weinstein was running Miramax.

They are told Jolie says she never complained about Weinstein's alleged move ... until now.   But she told the New York Times, "I had a bad experience with Harvey Weinstein in my youth, and as a result, chose never to work with him again and warned others when they did."