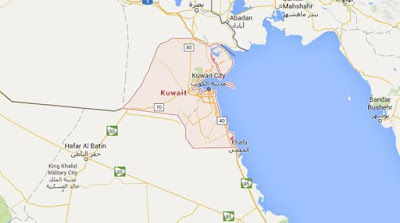 Kuwait will expel North Korea’s ambassador to the oil-rich country and four other diplomats, potentially limiting Pyongyang’s ability to earn money for its nuclear program from laborers it sends to the Gulf.

The decision comes as Kuwait in recent weeks offered contradictory statements about its relationship with North Korea.

The US and Asian nations have increased pressure on their allies to cut ties as Pyongyang has tested a nuclear weapon and launched ballistic missiles over Japan.

North Korea’s Embassy in Kuwait City serves as its only diplomatic outpost in the Gulf. Pyongyang has thousands of laborers working in Kuwait, Oman, Qatar and the United Arab Emirates.


Responding to international pressure, Kuwait will expel Ambassador So Chang Sik and four other staffers. That will leave four diplomats at the embassy.


A Gulf-based official confirmed on Sunday that Kuwait would be expelling the diplomats, speaking on condition of anonymity to discuss intelligence reports. A letter Kuwait sent in August to the United Nations also made that pledge.


Kuwait’s ruling emir, Sheikh Sabah Al Ahmad Al Sabah, traveled to Washington and met with US President Donald Trump this month. In a statement, the US Embassy in Kuwait City called Kuwait “a key regional partner on (North Korea) and many other issues.”

“Kuwait has taken positive steps in regards to implementing UN resolutions related to” Pyongyang, it said.