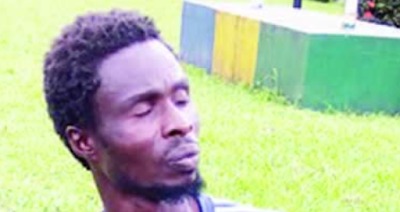 A suspected cannibal and member of a kidnap gang, Roland Peter, has been arrested by the police in Rivers State for killing, beheading and using liver and intestines of his victim to prepare pepper soup.

The suspect was said to be among the kidnappers that abducted, killed and beheaded one Pastor Samuel Okpara from Edoha in the Ahoada East Local Government Area of the state on August 15, 2017.

The state Commissioner of Police, Mr. Zaki Ahmed, who paraded Peter and 22 other suspects at the state police command headquarters in Port Harcourt on Monday, explained that guns used by the gang were also in the suspect’s possession.


He stated that the kidnap gang, including its leader, identified simply as Justus aka High Tension, had been terrorising some parts of the Ahoada East LGA.

Ahmed said, “The command, in continuation of its onslaught against kidnapping, arrested one Roland Peter, a member of a notorious gang that kidnapped Pastor Samuel Okpara from the Edoha Ahoada East LGA in Rivers State.

“Pastor Okpara was kidnapped, killed and beheaded. His liver and intestines were used to prepare pepper soup and plantain pottage. The suspect was arrested while preparing the meal for his gang. He is helping the police in their investigation.”

Also arrested was one Mohammed Umar, who had reportedly been parading himself as an official of the Nigerian Air Force, defrauding unsuspecting members of the public.

Umar told Punch Metro that he decided to sew a NAF uniform in order to have an easy passage on the highway.

The state CP, however, said various arms and ammunition were recovered from the 22 paraded suspects, adding that they would be charged to court.

On the escape of Ifeanyi Dike, who allegedly killed an eight-year-old girl, Victory Nmezuwuba, for money ritual, Ahmed announced a N1m bounty for any person who could give information that would lead to his re-arrest.

The CP noted that the police had discovered, through investigations, that ex-sergeant Johnbosco Okoroeze, carried out a premeditated action that led to the escape of the suspect.