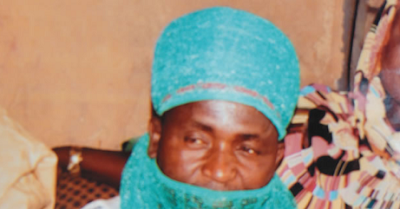 The Patron, Vigilante Group of Nigeria, Kanbi branch in Moro Local Government Area of Kwara State, Mr. Suleiman Chindo, has raised the alarm over an illegal detention cell in the community allegedly run by the Hausa leader in the community, Muhammadu Dan-ango.

Chindo, in an interview with journalists in Ilorin, the Kwara State capital on Thursday, said Dan-ango (popularly called Seriki Hausawa),once led the security outfit of the community.

He alleged that Dan-ango operated a detention cell while he was the leader of the community’s security outfit and allegedly tortured some people.


According to him, Dan-ango still operates the illegal facility, where he allegedly tortures his victims.

Chindo said, “He went to the extent of operating a cell, torturing people. He is police, anti-drug officer, judge and everything. So every member of the community is pushed to the wall. He beats, detains and extorts people.”

He further alleged that the Hausa leader had been confiscating mobile phones of young girls in the community on the pretext that he was preventing them from being corrupted or engaging in immoral conducts, which, according to him, they could learn from using handsets.

Chindo said this alleged action had caused disquiet in the community as many residents were opposed to such action.

Chindo said, “He proclaimed a law that all under-aged Hausa girls, should not use mobile phones because the devices corrupt them, adding that they are perpetuating adultery and fornication through things online.

“A lot of people are not in good terms with this law and it has nearly brought the community to crisis. I and others have had to calm down the youths, whose sisters, fiancés, and daughters’ phones were being snatched from them.

“The instruction he gave to his boys who are snatching the phones is that after seizing phones, they should bring the memory cards and the SIM-cards to him and sell off the handsets. At least, 15 mobile phones have been snatched from young girls in Kambi community.”

He added, “The Emir of Ilorin, Alhaji Ibrahim Sulu-Gambari, is aware of it. He has called the person who brought him for turbaning and urged him to stop that law. When he came back to the community, he wanted to continue the self-proclaimed law.

“He used a police personnel to arrest a 75-year-old man who told him to stop seizing residents’ phones.

“If they had not released that man some weeks ago when he was arrested, the community would have erupted in crisis.”

But Dan-ango said the accusations were untrue.

He denied operating a private cell when he was the head of vigilance group in the community before his appointment as the Seriki Hausawa of Kanbi Village.

He denied ever detaining or beating people.

According to him, he was instrumental to the formation of the vigilance group in the community when people of questionable character were terrorising the community.

Dan-ango said, “During my time as the leader of the vigilance group, we always handed over anybody arrested for alleged criminal acts to the police both in Kanbi and Ilorin, the state capital. In other words, all the arrests we effected were with the express consent of the police,” he said

“On the seizure of cell phones of under-aged Hausa girls, when we realised that our girls were being influenced negatively via the cellphones, the Hausa community in the village decided that all phones of the under-aged girls should be confiscated by their parents. I never on my own, confiscated phones of any girl.

The Kwara State Police Public Relations Officer, Mr. Ajayi Okasanmi, said he did not have enough information on the allegations. He promised to make findings about the problem in the community and get back to our correspondent. But he had not done so as of the time of filing this report.