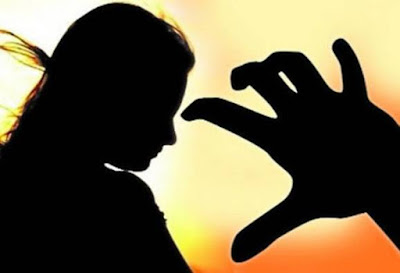 The police in Delta State have launched a manhunt for one Mr. Orutebe, who allegedly impregnated his 14-year-old daughter in Ugboroke, in the Uvwie council area of the state.

Orutebe, who was said to be in his mid 40s, allegedly fled his home after initially claiming responsibility for the pregnancy.

It was learnt that the suspect, who hails from Ogulagha kingdom, in the Burutu Local Government Area of the state, had two wives.

Trouble started when neighbours reportedly started noticing pregnancy signs in the teenager. Upon interrogation, she allegedly confessed that her father had been having carnal knowledge of her.


A neighbour, who spoke with Punch correspondent on Thursday on condition of anonymity, said, “The girl confessed to us when she was interrogated.

The little girl didn’t even know she was pregnant until she started noticing that her belly was growing big.

A source told Punch Metro that the leadership of the community where the suspect resided was irked by the development and had sanctioned him for incest.

The source added that the suspect was stripped to the waist and booed by residents for the act.

A senior police officer at the Warri Area Command confirmed the incident, adding that the police were indeed searching for the suspect.