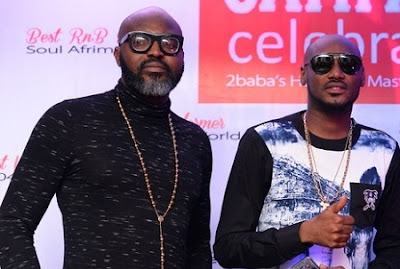 Dotun Omotoye, a night club guru popularly known as Dotun Lacachette in an interview with City People explained how himself and Tuface started Rumors club 6 years ago and how they have managed to expand the business. Emjoy!

Tell us about yourself before Rumors

Dotun before Rumors… Let me put it this way, there was a place in GRA called Newyorkers. Before I left the country in the 90s I used to hangout in Newyorkers. When I returned to the country, I found myself been attracted to the same spot. Newyorkers was the thing everybody talked about back then. I came back and noticed that Newyorkers had lost its steam. The owner of Newyorkers is my friend; we had a sit down and agreed that I take over the running. That was how I transformed it to Manhattan and later Lacachette. The need to evolve and do something different came on me and I went into partnership with another friend and we started the project, The Place together. After the place, Lacachette wasn’t doing so well and I found myself going back to Lacachette to see how I could turn it around. That I did with a very good friend, Innocent Idibia. The brand Rumors belong to Tuface and I. From the way it is, we have established a few outlets here and there and the only thing I can see happening to Rumors is a spread.


How does Rumors compare to other clubs?

Well, for Rumors, It’s a premium lounge; it’s not a regular club. It is a place you come into to build contact. We are not very particular about what you have to spend, though that is important, the whole idea is to create an atmosphere where people could come into and meet like minds in a party atmosphere.

Your relationship with Tuface Idibia.

Tuface is a very good friend. There are very few men like Tuface Idibia. I knew him first as a customer back when I was doing the Lacachette project. He used to come around as a customer. Tuface is one person that did not see himself as people saw him. He was very peaceful and easy going. One day, I sat with him after we had built a strong relationship and I advised him to invest his money in the nightclub business. I told him if he was open to it we could go into partnership. Somehow the whole idea got to him and that’s how we started till this day.

How long ago was this?

The first Rumors started 6 years ago.