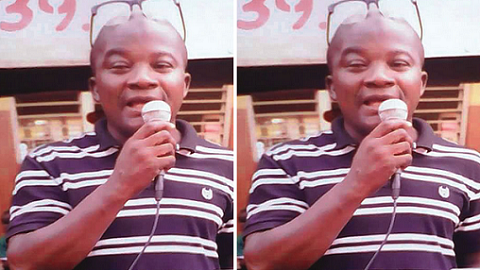 A member of the All Progressives Congress, Alhaji Lateef Ajikanle, has been electrocuted in his home on Bolaji Omupo Street, Somolu.

The father of four reportedly returned home after prayers in a mosque to meet his compound flooded.

It was gathered that the flood was worsened by the rubble of a collapsed fence owned by a poultry farmer on an adjoining street, Lisabi Street.

Punch Metro learnt that the Oyo State indigene waded through the flood. He was reportedly picking rubbish in the water when he was electrocuted.


A neighbour, who attempted to rescue him was also reportedly electrocuted, but escaped death by a whisker.

Officials of the Ikeja Electric, Onipanu Business District, were said to have been alerted to the incident.

After power was disconnected from the community, Lateef, who also worked with the State Universal Basic Education Board, was reportedly rushed to a general hospital where he was confirmed dead.

His younger sister, Monsuru Ajikanle, told Punch correspondent on Sunday that the 50-year-old was preparing to participate in the last Saturday’s local government election when tragedy struck.

She said, “He went to the mosque that day. The rain started early in the morning and everywhere was flooded. He was coming back from the mosque around 7am when he saw that the fence owned by the poultry farmer on the next street had collapsed on the pumping machine in our compound.

“Also, the flood water could not flow out and there were waste paper and other dirty materials everywhere. He started picking the rubbish from the water. He was doing that when his hand touched the live wire exposed after the fence fell on the pumping machine. He was electrocuted.

“One of our neighbours, Femi, ran into the flood to help him, but the electric current in the water forced him back. We called the Ikeja Electric to disconnect the power.”

Monsuru told Punch correspondent that Lateef was rushed to the General Hospital, Somolu, where he was confirmed dead.

Another family member, Dele Alakija, blamed the owner of the poultry for the incident.