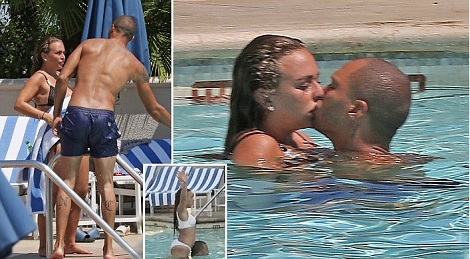 He sent shock waves across the internet when pictures emerged of him kissing Chloe Green on a yacht in Turkey last month.

And following the news that Jeremy Meeks has filed for legal separation from his wife of eight years Melissa Meeks, he was spotted spotted sneaking into a hotel with British heiress Chloe Green on Friday.

The American felon turned model, 33, was seen canoodling with the British Topshop heiress, 26, as they enjoyed a PDA-filled paddle in an LA hotel pool- the same day heart-broken wife Melissa was celebrating her birthday. Appearing equally besotted, the pair floated around the pool in a passionate embrace, staring lovingly into each other's eyes.


Looking deep in conversation, the duo giggled together, before letting his manager Jim Jordan take a loved-up picture of the duo.

On Thursday Jeremy filed for legal separation from mother-of-three Melissa, who he shares her youngest son with.

He was married to the 38-year-old nurse, who stayed with him throughout his stint in prison, for eight years.

The move came after she filed for divorce, after confronting him outside their Stockton home when he arrived back from his break in Turkey, where the controversial pictures of him cavorting on the $145,000-a-week yacht emerged. 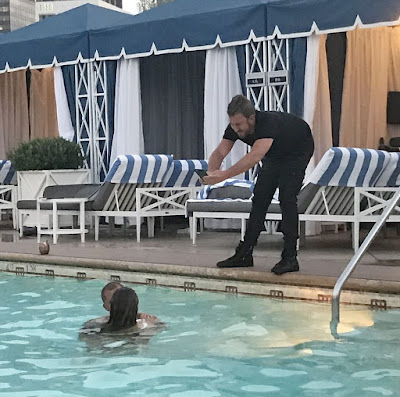 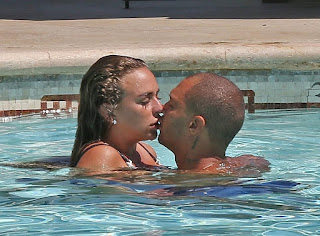 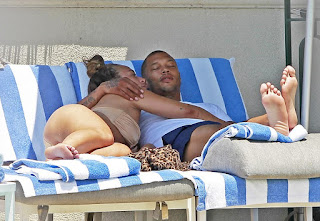 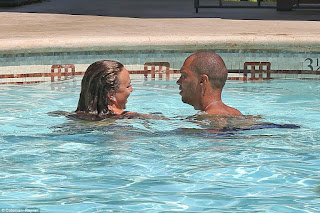 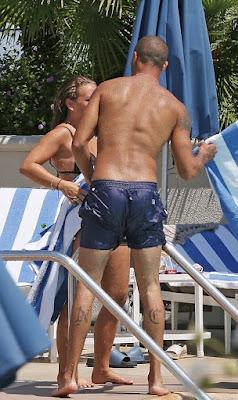