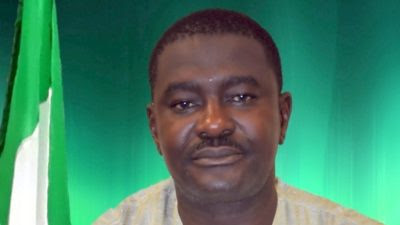 A magistrate court sitting at Igbosere, Lagos State, southwest Nigeria has ordered that a lawmaker representing Edu /Moro/Patigi constituency of Kwara State at the House of Representatives, Aliyu Pategi, be remanded in the custody of the Economic and Financial Crimes Commission (EFCC).

The order of the court made last Friday was sequel to an application filed before the court by the EFCC.

The EFCC had told the judge that Pategi stood surety for a former Minister of State for the Federal Capital Territory, Oloye Jumoke Akinjide, who has a pending criminal charge against her before the Federal High Court in Ibadan.

EFCC filed the charged against Akinjide for allegedly collecting N650m out of the $115m doled out by the former Minister of State for Petroleum Resources, Mrs. Diezaani Alison-Madueke, to compromise the 2015 general election.

Akinjide’s non-appearance had stalled her arraignment in the charge marked FHC/IB/26C/2017 filed before the court. The court threatened to strike out the charge should the EFCC fail to produce her.

On Friday, the EFCC dragged Aliyu before the magistrate court in Lagos, praying for his remand as Akinjide had absconded.

The court rejected an oral bail application for Aliyu by his lawyer, Adenrele Adegborioye, who urged the court to note his client’s status as a serving House of Representatives member.

Counsel for the EFCC, Rotimi Oyedepo, told the magistrate that Aliyu entered a bail bond of N650m being the sum allegedly collected by Jumoke Akinjide from Diezani.

The EFCC, in a 16-paragraph affidavit deposed to by one of its operatives, Danladi Daniel, said: “An intelligence report was received sometime in 2016 that Oloye Jumoke Akinjide and others benefitted from the total sum of N650m from the proceeds of the gratification received by the former Minister of Petroleum Resources, Mrs Deizani Alison-Madueke, from some oil marketers.

The EFCC said upon Akinjide’s invitation to its office on August 9, 2016, she volunteered a statement, following which she was released on administrative bail entered by Aliyu on August 10, 2016.

After making the remand order on Friday, the Presiding magistrate, Mrs Afolashade Botoku, adjourned further proceedings in the case till June 20, 2017