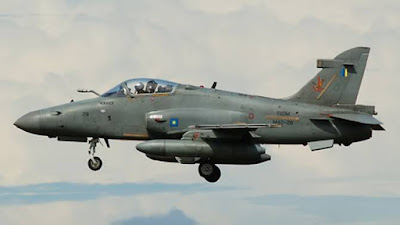 The pilots of a Royal Malaysian Air Force (RMAF) jet that went missing north of Kuantan near the Pahang-Terengganu border have been found dead, Malaysian state media reports.

The two pilots of the Hawk 108 fighter jet were found in a swamp near Chukai in Terengganu at 2.30pm on Thursday, according to the Bernama news agency.

The victims were identified as Major Hasri Zahari, 31, and Major Yazmin Mohamed Yusof, 39. Both airmen were found with their parachutes strapped on but the wreckage of the jet had yet to be found.