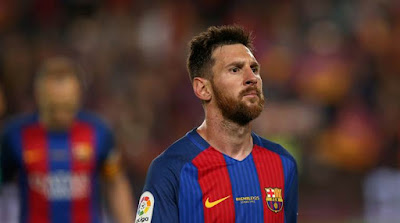 Lionel Messi and his father lost appeals in Spain’s Supreme Court today over a 21-month prison sentence in a tax fraud case. Messi will be paying a fine of £1.75 million.

The Ballon d’Or winner, who was found guilty by a Barcelona court last July for breaching tax offences of around £3.5million from 2007 to 2009, lost the case as his sentence remains for 21 months.

The Argentina captain is however unlikely to be spending time in jail as a sentence under two years for non-violent crime can be served as probation, according to the Spanish law.

Messi’s father Jorge, whose sentence was reduced to 15 months, will be required to pay £1.3million. Jorge had claimed that he was told by a legal adviser that the practice was legal.


The Barcelona star and his father were accused of using shell companies to avoid paying taxes by the Barcelona court.

The club had released a statement that they will give all their support their star player Leo Messi and his father.