A girl who visited her boyfriend on Tuesday, might have been used for rituals by her man. 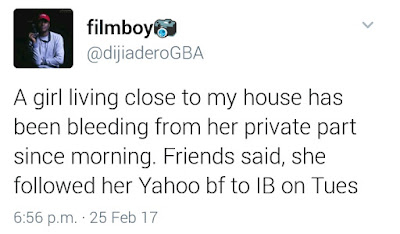 According to photographer @dijiaderoGBA who shared the story, the incident happened in Ibadan. The girl who came back home on Thursday after visiting her boyfriend who is alleged to be an online fruadster "yahoo-yahoo boy", started bleeding uncontrollably from the nose and her private part. 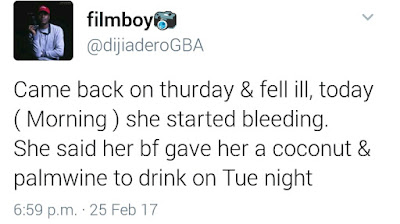 It was also gathered that her boyfriend gave her coconut and palmwine to drink during their meeting. The boyfriend who has been reached out by the girl's family is nowhere to be found as his phone lines have been switched off. 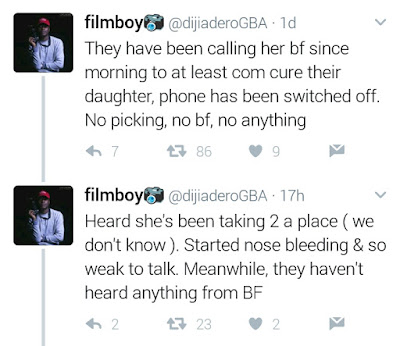