Kemi Olunloyo has blasted Governor Ambode for arresting Pretty Mike earlier on today. Read below:
I have lost all respect for Governor Akinwunmi Ambode of Lagos state and urge every Lagosian NEVER TO VOTE FOR HIM IN 2019. 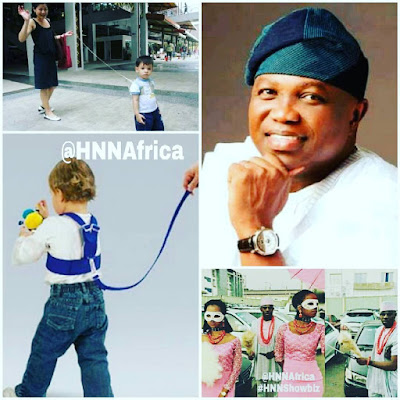 These politicians are so manipulative that they feel they can control we the masses and censor us. There is a freedom of speech and freedom of expression clause in the Nigerian constitution just like the US First amendment that I'm used to. @prettymikeclubuno displayed his freedom of expression by leashing his girls to his public events and appearances. The ladies NEVER complained. Did the governor have to
order his arrest?? He did NOT dehumanize them. If there is such a law against dehumanization of citizens in the state, how come citizens are doused with petrol and killed after stealing in public? Gov Ambode, how come movie maker Seun Egbegbe was dehumanized at Computer Village after allegedly stealing iphones? How come u allow vigilante justice in your state and have never addressed the police absence issue allowing citizens to freely dehumanize others. A club owner uses a foreign style seen on catwalks, MTV and award shows and u immediately order his arrest and ask him to sign a fake anticonstitutional document. IT IS SIMPLY UNFAIR, ABUSE OF POWER AND AGAINST THE LAW. I leashed my three children in the United States as they could dart into traffic and one kid once went missing for 4 hours in a mall as a toddler. With the rate of ritualistic gbomogbomo kid-nappers in Lagos and other states, parents will start leashing their young kids in crowded markets an old thing abroad. You forcefully want Lagos to be modern but still selective. Are u gonna start arresting parents too and seizing the kids? Did ur government disclose the investigation to the public? We journalists deserve to know what Mike's ladies had to say. Mr Governor u acted like an illiterate. Ignorance does not EXCUSE STUPIDITY.
#madamhnn👑
#KemiOlunloyo
#socialcritic
Journalist/Pharmacist/PR Specialist
CEO @HNNAFRICA