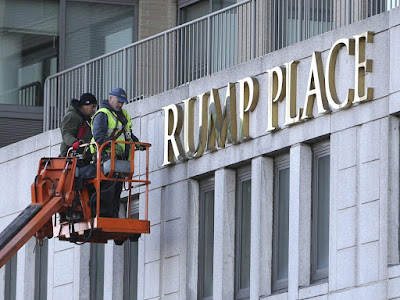 Residents demanded the change even before Trump’s victory as concerns grew over his divisive rhetoric about Mexicans, Muslims and women.


The election didn’t go their way, but tenants in the Trump Place buildings along Riverside Drive still managed to vote Trump out, gathering 600 names on a “Dump the Trump name” petition saying that the new leader of the free world had to take a walk. 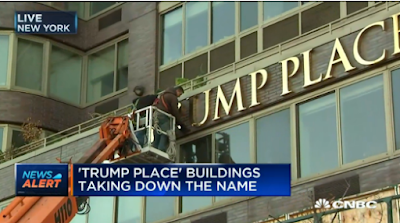 On Tuesday, a week after Trump’s political upset, Equity Residential, which owns the buildings, gave in, informing tenants in an email that they would begin removing the gold TRUMP PLACE letters from each entrance, at 140, 160 and 180 Riverside Drive, and replace them with street addresses. 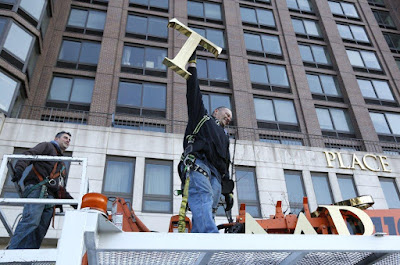