The family of 19-year-old Joshua Bello, who was found dead in a swimming pool at the weekend, has cried out for justice, insisting he was murdered. 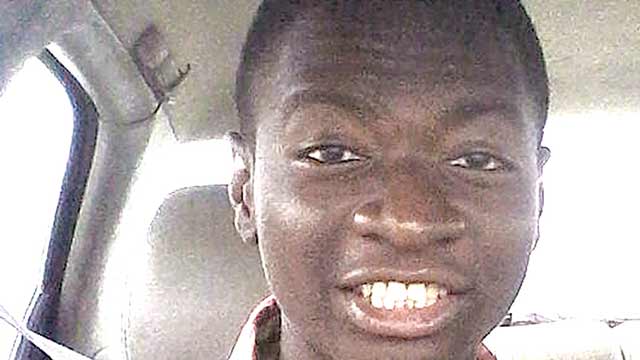 Bello had gone to Adeniyi Jones, Ikeja on Saturday morning after he was contracted by a caterer simply identified as Yewande for a N3,000 job. Yewande, it was gathered, had been hired to offer catering services for the birthday party of a musician.

The deceased’s elder brother, Michael said he got worried after his brother did not return home as usual on Saturday night and he was unable to reach him on his mobile phone, only to receive a call from the Wemabod Police Station on Sunday morning that Joshua has been arrested.

“Joshua was called for a grilling job, something he did as a pastime in order to make some money for himself. He left my house on Saturday, October 29 around 6:00a.m. so he could get to the venue early and set up. After expecting his return, I tried calling his line around 7:00p.m. but it was switched off. Throughout the night till the next morning, I couldn’t sleep because he was not the type that would stay out without informing you. Then, I got a call around 8:00a.m. on Sunday that I should come over to the police station because my brother had been arrested. It was when I got to the station that they told me that my younger brother was dead. They said he was found dead inside the pool on Sunday morning. That it was while they were cleaning the place that they saw his personal belongings by the poolside and when the cleaner looked inside the pool, he was seen under. They claimed he probably went for a dive after working that night and drowned and they didn’t see him till the next morning. They claimed when he was been dragged out of the water, his body wasn’t floating. It was still beneath the pool, which was nine feet deep. It is very strange and impossible to believe that my brother would die inside a nine- feet swimming pool. Joshua was a very good swimmer. He spent the better part of his early years with our grandmother at Badagry, and that was where he learnt how to swim. I had seen him swim in deeper waters with high current. My parents are devastated. Joshua used to live with them at Ikorodu but I asked him to move to my place at Iju Ishaga so that he could be going for lessons to sit for JAMB. All I want is justice,” he said.When contacted, the caterer declined to comment on the issue. She said:
“I wrote my statement at the police station. We don’t know you. We have no evidence of you are, who you say you are and we cannot talk to you.”